What have we been up to?

We have been very busy in preschool these past 2 weeks. Children have made tremendous progress. Some of them could hardly make a simple jigsaw on their own... most are now able to work on their own and they take such pride in their achievements! Others could barely hold their pencils properly and many were just doodling.. Look at what they can do now: 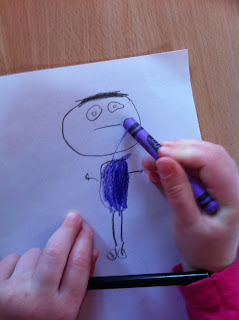 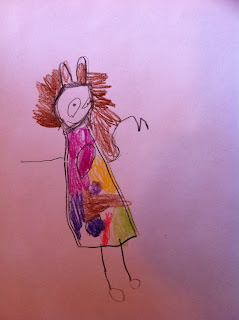 Something we have noticed a lot as well in our classroom is role play or pretend play. As you may be aware, when we talk about fantasy play Montessorians usually believe that "fantasy should be postponed until the child is firmly grounded in reality." I want to make it clear here that even though I follow Montessori's method of education, I would NEVER discourage or reproof a child who is engaged in imaginative play of their own design.  It is not the allowance of fantasy that should be postponed. I simply take care to avoid the planting of fantastic ideas in children's heads. Remember that Montessori herself asked "How is it possible for the child's imagination to be developed by that which is in truth the fruit of the adult's imagination?". I really believe that imaginative play is a wonderful thing. I just don't want that type of play to be directed by what we, adults, provide the children with. Cildren shouldn't need plastic spoons, toy kitchens etc.. to develop their imaginations. They do this quite well on their own. In our classroom, we have many fantasy/imaginary stories and have lots of open-ended art materials (for example, play dough.... I have eaten so many "pretend" pizzas so far this year!!) . They play some sort of superman game outside with their friends. The kids play "house" sometimes when cleaning up or helping to prepare snack or "you're the mom, I'm the kid". The difference is that we, teachers,  are not doing it with them - they're coming up with it themselves. Imagination springs from the child, not from a predetermined creativity curriculum, diecut crafts, or a teacher's mind... "let's pretend to be supermen and I'll give you a cape." We don't have a dress-up corner or a home corner in our classroom. But children don't need them to be imaginative. When the weather is really bad and we cannot go outside and play, I sometimes get a prop box with very random things in it: a scarf, a hat, a real stethoscope, postcards or used envelopes, etc... And that's all they need to start imagining. Lately, they love playing "teacher" together. They gather on the mat and one of them pretends to be the teacher during a "pretend" circle time: 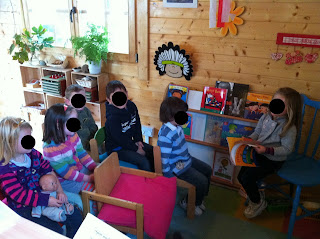 As a follow up on our harvest theme, we have been studying the life cycle of pumpkins and this week the children have worked hard on their Pumpkin Book.


﻿
And to relate the theme to Halloween, the children have also created their own pumpkin. I cut out some pumpkin shapes out of card board. They painted them orange and glued some pumkin seeds all over them. Once they were dried, they painted them in orange again and finally varnish them. I added eyes and mouths and voila: 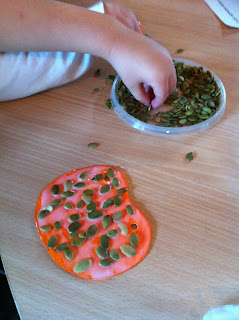 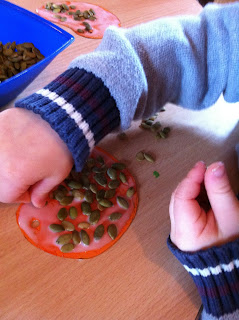 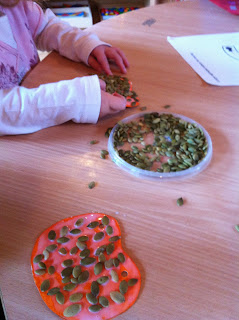 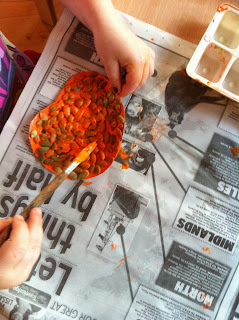 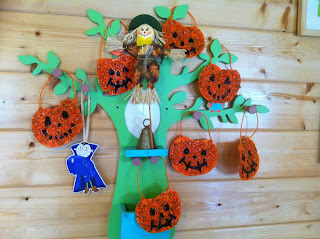 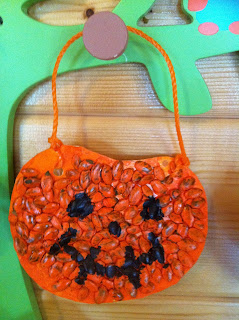 Posted by The Guilletots 2 comments:

The children have been very busy this week working on this craft project. I do it every year and this always brings a buzz of excitement in our classroom. As I mentioned in my previous post, we have been studying leaves at circle time as part of our Autumn theme: oak leaves, birch leaves, maple leaves etc... The children are learning to recognise them bit by bit and one little boy asked if we could "make" our own Autumn tree. I thought about it for a while and asked children how we could do it. Some thought about planting one but we all agreed it would take too long to grow. Some wanted to go and cut a tree down but we agreed it would kill the tree and it would be sad. As the children struggled, I suggested making  decided t our own leaves and our own tree. They used Autumn colors to paint and chose the leaves they liked the most. I drew them on their paintings and cut them off for them. I traced light veins on each of them. Then the children glued them onto a wooden peg and voila!! All that was left to do was to pick a branch or two in the garden, spray paint it slightly and place it in a container to hold up straight. See for yourself: 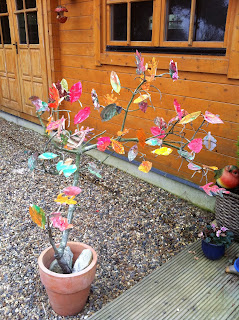 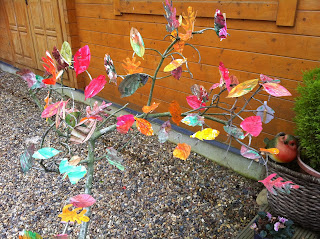 Round and round the garden

My husband cut one of the dead pine trees at the entrance of our site. As he was busy putting the wood away, I spotted these little logs and thought they would be a great addition to our garden for the children to play on. And so far, they have been a hit: 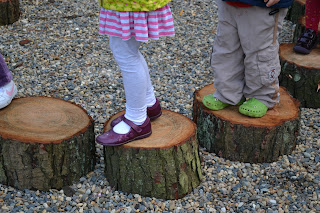 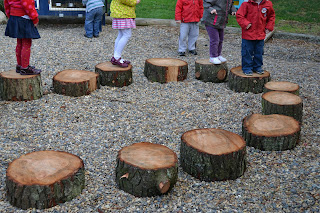 We could even use them for circle time (whenever the weather improves!!!!!)
Posted by The Guilletots 1 comment:

Email ThisBlogThis!Share to TwitterShare to FacebookShare to Pinterest
Labels: Outdoors

An apple for teacher!

This week, I introduced the theme of Autumn time to the children. I prepared our nature display carefully and put up lots of laminated posters all around the classroom for the children to look at and inquiry about them. As we have started our theme by talking about harvest time , I have concentrated on pumpkins, apples, berries, pears, shesnuts, conkers, acorns etc.. And I also added leaves to our display tree to make it more real. 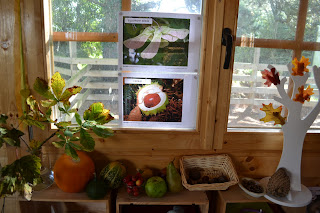 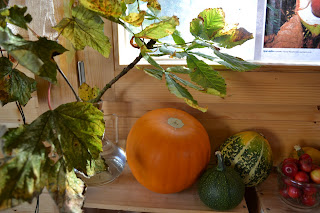 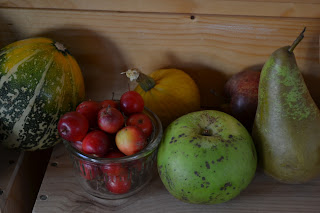 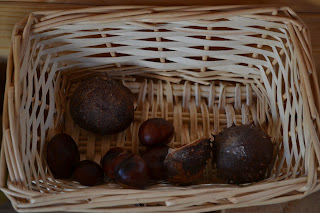 We are focusing a bit more on apples this week and believe me, talking about apples can keep the little ones  very busy as well as teach them about a variety of subjects including agriculture, the seasons and more. Today, I asked them where apples came from. Guess what? Most of them shouted: TESCO!!!! OK. Time to read a book: 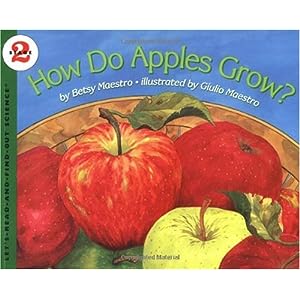 Great book. A bit complicated, I admit but I usually skip the hard parts and simplify the text as I read along. The children loved it all the same. So, our next move was to make an apple. I got the kids to color the template of an apple (both sides). I laminated all of them once they were finished and cut them out. I punched several holes around the apple and asked the children to lace a red woollen thread around it. Lacing provides excellent small motor exercise, helping children learn to manipulate and control objects with their fingers. And
children love the back and forth action of threading yarn 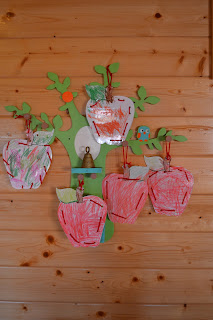 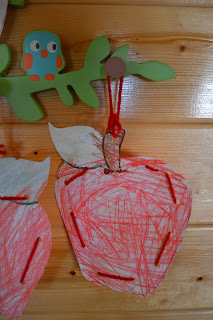