So after our studies on birds, it was time to talk about minibeasts in our garden! We started our studies with "The Hungry Caterpillar" from Eric Carle. Not only is it a good stepping stone to the topic, but it was also a great revision of the days in the week (sequencing) and of numbers. 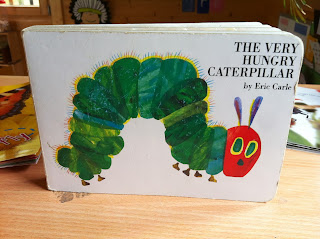 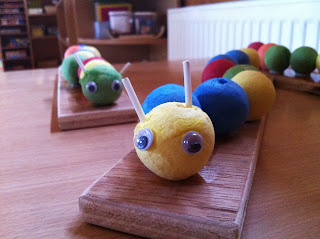 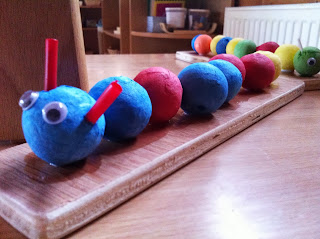 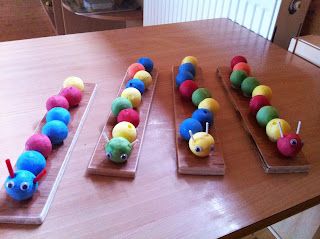 Next, I asked them what they knew about  butterflies. So we read another book,  a bit more scientific but I skipped the hard bits and concentrated on the most interesting parts. 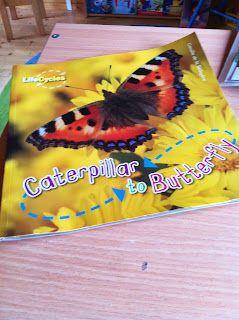 And obviously, we had to do a bit more art: 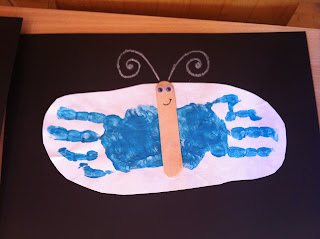 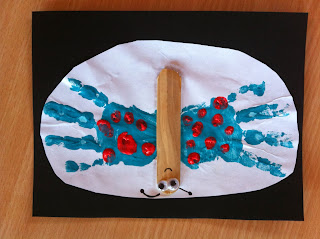 But the children were still not finished with their "investigation" and they asked me if there were many other bugs using cocoons or "chrysalis" ? So I mentioned beetles, ladybugs, fleas, wasps, ants.. Some of them were not very familiar with the term of "beetles". So I introduced a 3rd book which gave us a glimpse at the most common insects in our garden. The children loved that book as an insect seems to be hiding on each right page and they need to guess what it is before I can read the facts about that particular bug.  So the book turned up very entertaining! 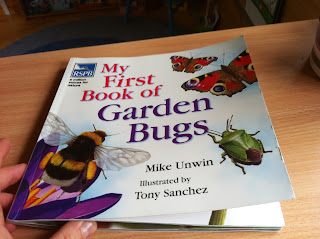 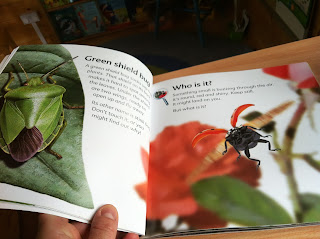 So that's where we are at the moment.. I don't want to overwhelm the children with too many details. Learning about bugs was like learning about dinosaurs. It really sparked up their imagination. Today, we tried to figure out what bugs could do: jump, sing, buzz, sting, fly, glow, make honey/silk etc.. and they compared it with what they could do themselves! And of course, this led on to another dimension: superheroes: if I could fly, that would mean I am a superhero!... Well if I could be a superhero, I would want to be able to sting bad people..... You see???? Keep in touch!