At the beginning of April,  we started talking about where we live. Of course, most children were able to tell us they live in Kilmore or in Bridgetown and some were able to say they live in Ireland in County Wexford. So we pushed it a bit further and introduced them to a globe and showed them how there are 7 main continents on planet Earth. Our continent is Europe. We used our "continent song" to name each other continent and kept pointing at them on a map I made a few years ago. Each continent is colour coded according to the Montessori method of Education ( see other posts on the subject under the labels "Geography" in this journal). 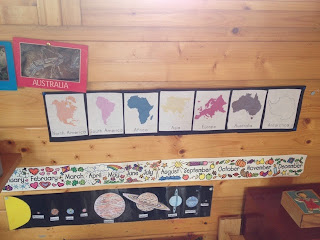 We had talked a lot about Antarctica during our winter months but we had never really gone any further. This time, thanks to the globe, the map and the song, we were able to show the children where Antarctica is and explain to them that Antarctica is another continent, just like Europe.

This month, we decided to introduce them to Australia. We showed them where it was on the map and explain that it was a much bigger continent than Europe and a much warmer continent than Antarctica. We then asked them if they thought polar bears or seals would love to live there? "Of course they wouldn't, because they like it when it is cold and full of ice " answered a little boy. We used this as stepping stone to explain to them that there are different types of animals living on each continent. Just like  we wouldn't find a polar in the forests in Europe or in Ireland, we wouldn't find a seal on the beach in Australia (unless we captured one and made it live in a zoo)!
We then proceeded to show them 3-parts cards and plastic animals to teach them about the wonderful animals in Australia (koals, kangaroos, cockatoo etc...)

We read a few stories about these animals too to reinforce their vocabulary and help them absorb all the new words they had been given. 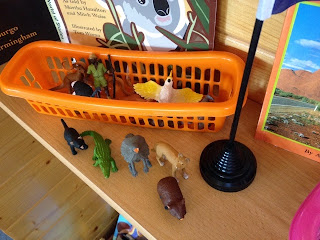 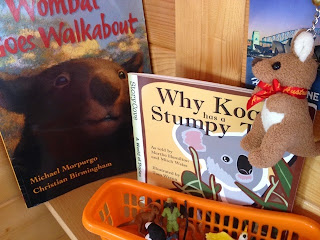 The 3 parts cards are a great activity for them too . We don't use the words cards at the moment so we should technically call them 2 parts cards. The children love matching the picture to the booklet I made as well as the plastic animals. I have written lots of information about each animals behind each picture in the booklet so I am not short of any answers in front of all these inquisitive little minds!!!! 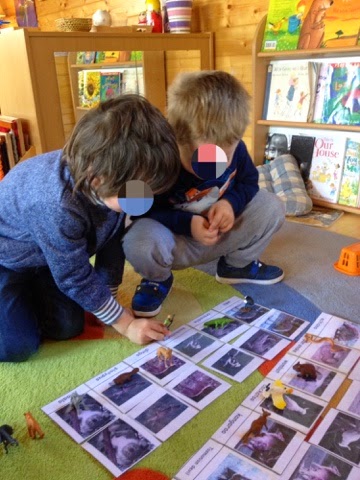 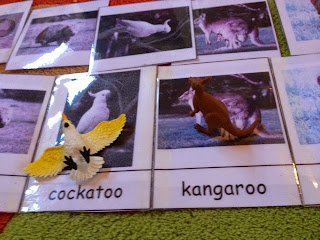